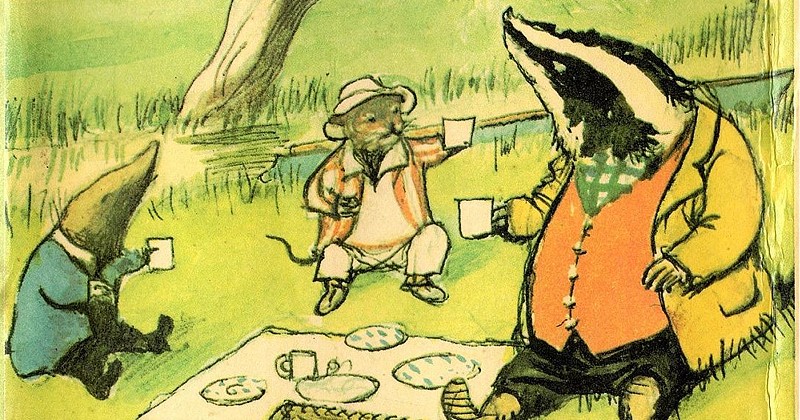 Stories that politely pretend that everything is perfectly normal when it’s clearly not.

In 2015, I spent an enjoyable summer with an excellent production company (Warpline Films), quietly pottering about the British Isles making a documentary on British Fantasy – Fantastic Britain.

It focused on why a small island nation of supposed shopkeepers, bankers and football hooligans produce some of the most widely read and best-loved fantasy literature (around a third of bestsellers worldwide are British fantasy books).

One area I didn’t overtly cover (trample all over), is that branch of fantasy where something extraordinary is happening, but everyone is far too polite to bring it up. Again, this is an oddly British tradition.

In Paddington, almost everyone comes to terms with a small, talking bear in their lives without a moment’s introspection. On the face of it, they are far more upset by his table manners. The same goes for Wind in the Willows: there is no explanation as to why there are field creatures marching about the Thames Valley in their Sunday best – no fuss, either – it is just taken for what it is.

I’ve always warmed to this type of story, I hereby dub Mild Fantasy. It’s an antidote to the sometimes overly dramatic magic keys and catalysts (and complicated made up names): evil sorcerers who start conflicts that threaten our existence, portals to big, show-off universes, destructive mega weapons, crystals surrounded by scary weather systems … you name it.

Instead, in mild fantasy, the magic is nicely understated and allows far more important things in a story to come to the fore: like personalities and the soul of the thing.

Winnie the Pooh is about friendship and the importance of teatimes, the geopolitics of talking rabbits in Watership Down didn’t strike me as odd, until I’d finished reading the book. Even the Mr Men books seem to exist in a tolerant world where no explanation is needed.

Patent Translations International’s Founder Robin Bennett’s Monster Max is out in Feb. It’s about a boy living in a quiet town who can turn himself into a dustbin-eating monster. These days, Max is trying to be A Better Monster (new motto, To Protect and Do Good Stuff!) … and stay under the radar.