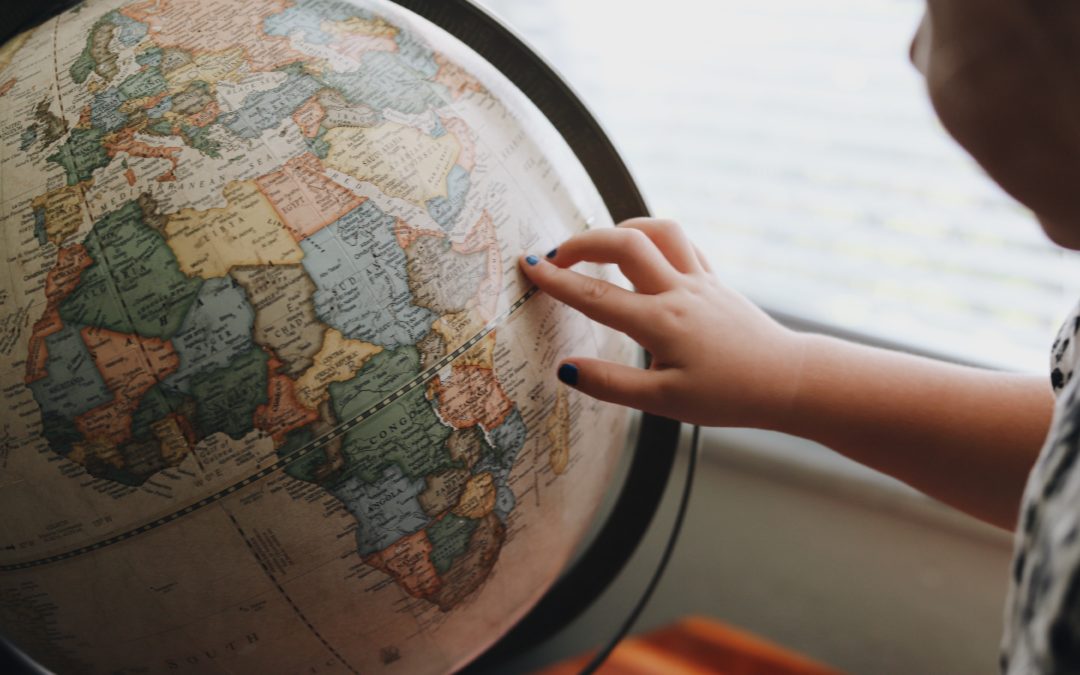 This year’s International Mother Language Day will be held on Sunday 21st February. First celebrated in 2000, this internationally recognised UNESCO event aims to celebrate and protect all of the world’s languages.

Recognising the benefits that languages and multiculturalism bring to individuals and communities across the globe, the advancements they bring to inclusion and their goal to leave no person or language behind.

On International Mother Language Day 2021, UNESCO are calling on everyone – policymakers, educators, teachers, parents and families – to not only commit to multilingual education themselves, but also to push for multilingual inclusion in education, particularly in the context of COVID-19.

Indeed, it is interesting to think of the impact that COVID-19 will have had on languages. Despite the distinct lack of international travel, globalisation seems to have continued churning on regardless.

When celebrating International Mother Language Day, it is important to first look at globalisation and what it really means.

Globalisation is a social process that comes about as a result of merging global economic, political, environmental, cultural and linguistic connections. Of course, this isn’t inherently a bad thing. It allows people from all around the world to meet, learn from each other and often work together.

Globalisation and multiculturalism work best as a partnership: the former by creating key lexicons in business, media and arts that are comprehensible to many to the greater good, the latter by providing cultural synonyms to these ‘common’ words with their own nuance and cultural vitality.

As professional translators, we particularly champion the ways in which languages can bring people together, whilst also celebrating the unique differences that each language has to offer. After all, it is through languages that we are able to communicate with each other and learning new languages opens up the possibilities: new people to connect with, new traditions to understand, histories to learn and new worlds to see.

In many ways, COVID-19 has perhaps fostered that urge to talk and connect to people even more. With many of us currently in lockdown, the urge to not only travel but meet new people and connect is arguably stronger than ever for many. At points it has also nurtured a sense of global togetherness, as we all attempt to battle the same disease.

However, it has also seen many children out of school across the world which will undoubtedly have had a significant impact on incredibly important multilingual education. Despite the benefits of globalisation, it puts linguistic and cultural diversity at increased risk. 6000 languages are spoken worldwide but an estimated 43% are endangered, with an entire language disappearing every two weeks.

Analysing the Relationship Between Language and Culture

As languages become extinct, traditional knowledge and cultures start to disappear and many of the diverse benefits of globalisation could become obsolete as we start to lose the very cultures we want to share with each other.

We can look at the dwindling use of dialects in Italy as an example. An important part of Italian culture, different regions speak in different dialects, as is the case with many other countries. The main language spoken across Italy is Italian, a direct descendant of Tuscan. However, we know that there are 34 other languages spoken across different regions that are indigenous evolutions of Vulgar Latin.

These Italian dialects are a huge part of what they call ‘campanilismo’, a word which is difficult to succinctly translate into English, which means something along the lines of ‘pride for where they come from’ and their regional culture. Yet, despite the clear rich cultural history associated with dialects, the use of these indigenous languages is in sharp decline – as is the trend in many areas across the globe.

Previously, children in Italy used to learn standard Italian and the dialect of their hometown from birth. However, nowadays this tradition is under threat as large percentages of the population move out of their hometown to different towns, cities and regions of Italy. Therefore, as new families are formed, traditional dialects are often left behind.

For example, nowadays a family could be made up of a Dad from Venice and a Mum from Rome who are now living in Milan. Consequently, the child doesn’t learn any dialects as the spoken language at home is now standard Italian and they are unable to learn Milanese due to the lack of parental knowledge.

The child also isn’t taught any dialects in school, as Mussolini also got rid of dialect curriculums. So even if they are able to pick the odd bit of Veneto from Dad, they are unlikely to practice the dialect frequently and therefore will opt for standard Italian out of ease.

Most Italians view the mass movement away from hometowns as the culprit behind the loss of dialects. However, English is also increasingly becoming the second language of choice, as opposed to regional dialects. Particularly for the younger generation.

In line with globalisation, English is taught as an essential subject in schools alongside maths, science and Italian. Italians acknowledge the importance of learning English as a means to communicate across merging global politics and corporations.

As traditional dialects become less frequently spoken and more young Italians learn English as a secondary language as opposed their family’s traditional dialects, it’s interesting to think of the cultural shifts and implications that may follow. Perhaps this is why our translator Carys noticed that Italian children’s favourite pizza topping seemed to be hotdog and fries, which is not what you would expect from a country with such a rich cuisine culture. But then again, perhaps that’s just because pizza, hotdog and fries is a genius combination – who knows!

Either way, it is clear that we must all meet UNESCO’s plea to work to protect multiculturalism and multilingualism in the face of globalisation this International Mother Language Day and beyond. Particularly in seeing multilingual education being promoted, cultural languages being championed and ensuring that this education continues throughout COVID-19.