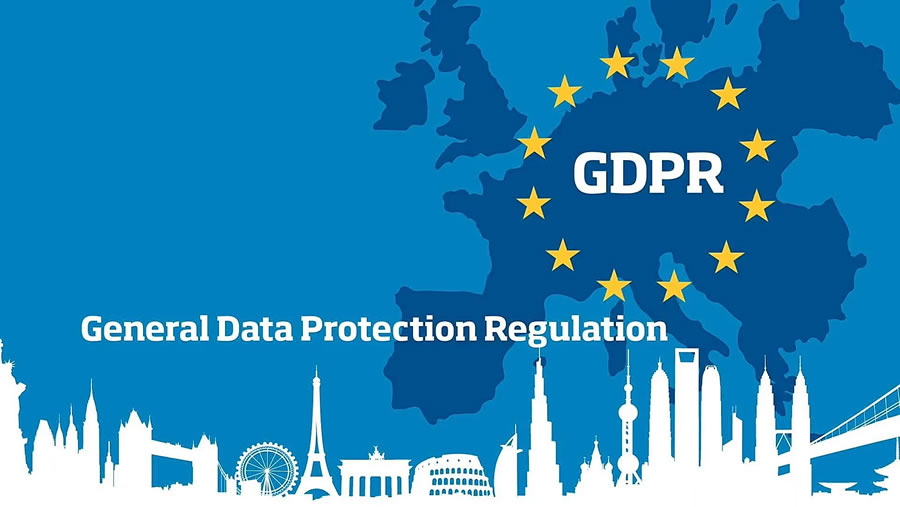 This whole GDPR thing is a bad business, I fear. It’s not just that it’s beginning to look like a bandwagon for consultancy and compliance firms to charge for not a great deal, it’s part of a problem that is only going to get bigger. I think we have far too much of the wrong sort of privacy and not enough of the right. Ultimately, this is not a good thing for us as humans or for any business that needs people to communicate.

A few weeks ago, my wife announced that her parents were coming to stay. She told me they were just going to use our house as a launch pad for a trip around Bordeaux but, within a day of arriving, they announced the weather wasn’t to their liking and that they would keep us company for the week and a half instead. We all sat around the table and beamed at each other in silence; as if this was The Best News in the World, but I could tell even the kids were a bit dismayed.

I like them – we all do – however, they’re not getting any younger, which means they spend a lot of their time in doors getting in the way a bit. This is completely not their fault and often they are just trying to be helpful. Last time my father-in-law stayed, he wandered outside as I was using a very large chainsaw to chop up some old barn doors. Without any warning, he grabbed one end of the door, about 5 cm from my cutting blade – presumably to steady what was already quite steady enough – and I nearly went through his arm with my next cut.

I don’t even like to think about what sort of Christmases we would have if I had chopped his arm off. Especially if we had boiled eggs for breakfast, or someone suggested a game of Twister.

But, on the whole, I should just get over it. So what if I come into the kitchen and Grandpapa is sitting in my favourite chair, or if Helene and her mother natter over whatever box set I’m trying to watch? The dog’s delighted, he gets 6 walks a day and a full house is better than an empty one.

We do tend to guard our privacy a little too much these days. In fact, we have barricaded ourselves to such an extent that any attempt to breach this – either for nefarious reasons, like to sell you something, or well meaning, such as passing the time of day at the bus stop is viewed as an aggressive play and not (as it should be) as no big deal.

I think this mania about being left alone contributes to a lot of today’s ills: anti-social behaviours, loneliness and depression. For the last 100,000 years we have lived in close communities and now we don’t. This must have repercussions.

We also could do with a bit of perspective: how does anyone, even Microsoft, deserve a £20 million fine just for writing to you out-of-the-blue? People often use the word ‘bombarded’, when referring to spam or cold calls but, from experience, even on the worst days, it takes up only a tiny fraction of your day. As with street sellers or peddlers or yore, you don’t go and punch someone hawking turnips or knife sharpening services, you just ignore them and get on with your life.

Ironically, though, whilst we’ll happily shell out money on software that masks us on some parts of the internet, elsewhere we happily plaster social media with pictures of our children and highly personal rants about politics and/or religion.

It boils down to control. We are so fearful of having a version of us out there we have not polished and put forward ourselves, with bells on, we react overly aggressively to data-gathering which is nearly always no more harmful than our preference for France as a holiday destination over Spain, or the fact we earn roughly this or that and live here or there.

The private time we are so jealously guarding, usually means time on a being latched onto a computer, not really communicating with anyone in particular. Spending two minutes being nice to someone who has to work in a call centre is a lot more human than being the 77th person to like someone’s Facebook post about Trump.

Anyway, as this is meant to be a blog series about languages and what a good thing translation is – seeings it connects people, here goes: life IS all about association with our fellows – however annoying that might be it’s how we learn to get along: it is how business works and ultimately stops wars. Anything that promotes that – that promotes openness is good. Not always being in control of who inhabits our space or knows our business can sometimes be irksome, but can also be unexpectedly agreeable.

For example, my mother-in-law has just brought me a cup of tea. And a biscuit.